So you’re desperate to hire for a dead-end job and you’re one of the most dishonorable, sordid, and unsavory organizations that’s ever slithered across the face of the earth.  What would you do in order to recruit for this most unpleasant and low-paying of occupations?

If you’re the fine folks at Devil Corp, you’ll devise a distorted system allowing you to funnel unwitting interviewees towards your unholy scam.  Their job can be likened to a flea-ridden pig taken from the most unsanitary farm and it’s best to put as much lipstick on said pig as humanly possible. 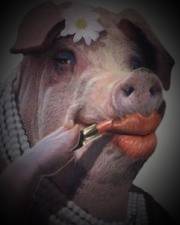 Devil Corp is well aware of its unappealing vacancy and knows that being truthful with prospective employees is simply not an option.  If you read the main articles and explore the links, you’ll find they post false and misleading advertisements to attract new blood.  Unfortunately, their inaccurate ads only serve as a hook to pull people in the door before they’re buried in an avalanche of bewildering mumbo jumbo designed to entrap them in this stale and sour profession.

Owners put on a show attempting to convince job hunters that the position is a genuine opportunity.  They’ll point to themselves as living, breathing, examples of success even though most owners are struggling financially.  In this business, image is everything which is why they’re required to “promote the dream” by wearing suits and flaunting watches etc., all to make reps believe there’s light at the end of the tunnel.  Nothing can be further from the truth.

The company wants you to think their job is something special which is why applicants are told that many are vying for the same position.  It’s all just sleight of hand because almost everyone will be hired.  These deceivers created a three stage interview process in order to give their disreputable venture the appearance of legitimacy while allowing an owner as much time as possible to convince potential recruits that they can succeed by following their profane business model.

The first interview with Devil Corp will be very short usually lasting no more than fifteen minutes.  Prospective personnel won’t be asked many questions about themselves (if any) and will be assaulted with lies about how much money can be made with the company.  They most likely won’t be told it’s a direct sales job because they probably answered an ad for a management or customer service position.

It’s company policy for owners to speak very quickly during the first interview and this is meant to confuse the new recruit and keep their minds off asking important questions.  Their aim is to convince the candidate to attend the second round without actually knowing what the job is about.

In door knocking and street hustling divisions, job seekers will be asked to wear comfortable shoes for round two.

Just about everyone makes it to the second round.

Depending on the branch and program of this direct sales cult, the second interview will consist of shadowing a leader anywhere from twenty minutes up to an entire day.  This is known as an observation day or “day of O”.  Subjects won’t be paid for this day and that’s perfect because it’ll prepare them for the many unpaid days they’ll experience as a Devil Corp sales rep.

Although they’ll realize this is no management position, they’ll be with a cult member for most of the day and it’s hoped this cult member will sell them on the “opportunity”.  The leader will spend most of his free time preaching the Devil Corp gospel and filling their heads with lies about success in the business.  He’ll explain the management training program and assure them that if they get through the initial months, they’ll be on the path to riches.

Leaders will most likely buy lunch at an establishment like McDonald’s because they probably can’t afford anything else. If you’re ever on a second round interview with Devil Corp, be sure to thank your leader profusely.  Considering the poverty-stricken lifestyles of some, a Big Mac is a delicacy enjoyed only on special occasions and used during observation days in order to entice and capture an unsuspecting stooge.

Just about everyone makes it to the third round.

The third interview is conducted in the office and it’s usually a rehash of what’s already been said.  Owners claim you can expect to be a manager within six to eighteen months and earn a minimum of $100k per year  (most owners make nowhere near that amount).  They’ll try to convince you that the field is a stepping stone in order to learn the business from the ground up (statistically speaking, selling in the field is all you’ll ever do for this company).  You’ll then be asked to start immediately.

Just about everyone is offered a position.

IT’S ALL ONE BIG LIE

Like all things Devil Corp, the interview swindle is an illusion designed to bind you to their repulsive job.  They believe a three stage process will somehow convince you the position is better than it actually is (a cold calling sales gig).  They have over thirty years of experience in cajoling and beguiling interviewees and know exactly what lies to tell and when to tell them.

Their biggest and best lie however, is the promise of financial freedom.  This one lie has enabled them to recruit millions and destroy countless innocents who were just trying to better their lives along with the lives of their families.  Without this lie, the number of new reps would dwindle because nobody wants to sell for Devil Corp.

All employees sign on to become managers but 99% of reps never make it to ownership.  For those unlucky enough to be promoted, they quickly find out that management is not what was promised and that’s another reason  why most new owners fail in the first year.

The turnover rate is staggering and to call this business a revolving door would be an understatement.  Of the millions who’ve attempted to find success with these people, not many have achieved financial independence besides the ones sitting at the top of the pyramid.

So you applied for a management position, realized that it’s a sales gig but decided to give it a shot because they promised the world and all you have to do is everything they say.  Welcome to Devil Corp!  Unfortunately, you’ll have to brave their management training program and that’s where they plan to work their black magic with a view to subjugating your mind and turning you into another spoke on their warped wheel.

If you’ve read the main articles, you know the company prefers employees to focus on the future so they don’t dwell on the stagnant state of affairs which can characterize any position in this revolting and vomitous organization. Furthermore, they saddle underlings with such a workload that they don’t have time for anything but this gruesome pursuit.  This is a system of ever-increasing responsibility with little or no reward and it’s in their best interests to keep you so busy that you don’t have time to think about, let alone question their scandalous method.

Below is a summary of their training program.

Stage one of their program is the most merciful because it will be over very quickly.  If you don’t turn a profit in the first few weeks, you’ll be fired. Reps who sell will be rapidly promoted to “leader” for the express purpose of bleeding them dry by making them train new hires.

A sales rep’s responsibilities include but are not limited to:

This is a token promotion given to almost everyone during the first few weeks and doesn’t include a pay raise.  It’s just an opportunity for Devil Corp to increase your work load while giving you absolutely nothing for your effort.

A leader’s responsibilities include but are not limited to:

Step three of their program is usually a lie because hardly anyone becomes an assistant manager.  Leaders are customarily promoted directly to ownership because of the following reasons.

A:  During the interview process and the initial weeks of employment, you’ll be told that an assistant manager will divide his time between the field and office in order learn the inner workings of the business.  Unfortunately, there’s nothing to learn because an owner’s main duties are to build dreams (lie) and constantly hire new blood to make up for the never-ending exodus of quitting reps.  Besides, if you’ve built a solid crew and are being considered for promotion but don’t understand that this is the business of lying to and stealing from your down-line, you should probably look for something else because you won’t get very far with these people.

B:  Another lie told in many American offices is that the assistant manager position comes with a base pay of $1,000.  Please take a moment and think about this logically.  Sales is commission and if you’re being earmarked for promotion, there’s a very good chance you’re the best rep in the office.  Do you honestly believe an owner is going to pull his best guy out of the field only to lose the commission generated by that rep while paying $1,000 out of his pocket?  I never saw it happen and when I was promoted, it was straight to ownership with no office training and certainly no base pay.

Congratulations, your months if not years of persevering with this cesspit of an organization have finally paid off because you now have a piece of the pie…  Or do you?  If you haven’t read the main articles, please do because you’ll find they incorporate their managers only to take the fall for when things go wrong.

It’s also worth noting that being promoted is just the start of a new process because there are owners, promoting owners, regional managers and national consultants (titles may differ depending on which branch you find yourself in).  There will always be hoops to jump through and hurdles placed in your way so long as you remain with this hellish company.

An owner’s responsibilities include but are not limited to:

This predatory conglomerate is rotten to the core.  It has a 30 year track record of lying and stealing and it’s known for abusing employees with some of the nastiest psychological tricks ever to be used by the corporate world.

If there was an economic equivalent to International Criminal Court, we could try these financial war criminals and bring justice to the masses who’ve suffered as a result of their actions.  Maybe a fiscal Nuremberg would be more appropriate so we could parade these monsters in front of the world and let everyone know them for their villainous deeds.

Don’t legitimize this scam by thinking of it as a business.  It’s a theft and exploitation racket that needs to be exposed because they target the young, desperate, and naive so as to take what they can before leaving their victims with nothing. 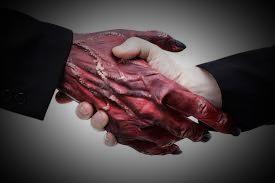